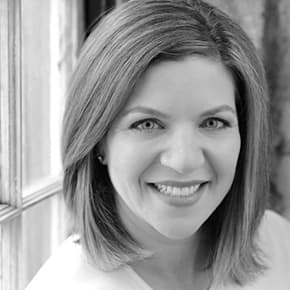 Laura Rea is an Executive Producer whose career spans nearly two decades in both New York and Atlanta with experience producing content for brands, agencies and networks. Prior to joining Hone, Laura was an EP at TRICK 3D and worked with Fortune 100 companies to create animated commercials as well as fully immersive, interactive 3D VR experiences. She oversaw the operations of a green-screen studio focused on pre-visualization and capturing live-action elements to composite into CG scenes. Laura also spent more than a decade working for the integrated marketing agency CSE in Atlanta. As Head of Production, she produced award winning experiential, short-form and long-form content projects for a variety of clients including Aflac, AGCO, AT&T, The Coca-Cola Company, ESPN, Georgia Power, the Kellogg Company and the Weather Channel.

Laura began her career as a Producer/Editor for MTV On-Air Promotions in New York. At MTV, she gained experience in all aspects of production from writing and directing to producing and editing commercials. Her promotional work for True Life earned her a PROMAX Promotion and Marketing Gold Award.

Laura is currently based in Atlanta, married to her high-school sweetheart, has two young children that keep her busy and is an active member of her church. She enjoys cheering on her Georgia Bulldogs, improv, acting and running half marathons.